"Sherwood Branch has a much smaller collection than the Beaty Branch which is in a facility about the same size, but it outperforms that branch 3:1." -- Mark Williams, CEO of Milton Public Library

The Milton Public Library located in Milton, Ontario has been an integral part of the community since 1855. It currently serves a population of more than 110,000 through three physical libraries and the MPL website. The Main Library serves the entire Town and is designed to be expanded in a future phase. The Beaty Branch serves suburban residents to the east and south. A third service point, the Sherwood Branch was developed jointly with a community centre in the Town’s west end and opened in 2019.

Mark Williams, the Chief Librarian and CEO of Milton Public Library, loved Opening the Book's philosophy on library design and their furniture line. His goal was to appeal to the non-library user and use retail-style merchandising practices to create a unique, new library that brought in visitors from the adjoining community centre.

The Request For Proposal for the new Sherwood Branch articulated very clearly what MPL was looking for so all potential suppliers had to meet these demanding criteria:

"The shelving layout and design should be based on established retail principles that help to draw people into to the areas of the collection that have the broadest appeal; they should pass by the ‘function’ to arrive at the ‘destination’. The shelving layout should feel natural and draw people through the library; rather than creating a traditional layout with row, upon row of standard shelving. Elements of merchandising and display,
including forward facing are fundamentally important aspects of the shelving but need to be applied strategically and logically; the overarching principle should be less is more.”

Opening the Book North America, with their Canadian dealer partner, Schoolhouse Products, were delighted to win the contract with detailed proposals and evidence. This attention to detail has paid off in some of the best circ stats we have ever seen. For the 5 months between opening and the pandemic closure,  44% of the adult non-fiction collection was consistently out on loan at any one time.  Is that a record for a collection area often seen as in decline? Let us know if you know better!

Rachel Van Riel, Director of Opening the Book, and Mark Williams discuss the revolutionary design of the Sherwood Branch Library and how the layout, shelving, and merchandising have increased library card holders, visitors, and circulation in the video below.  Check it out! 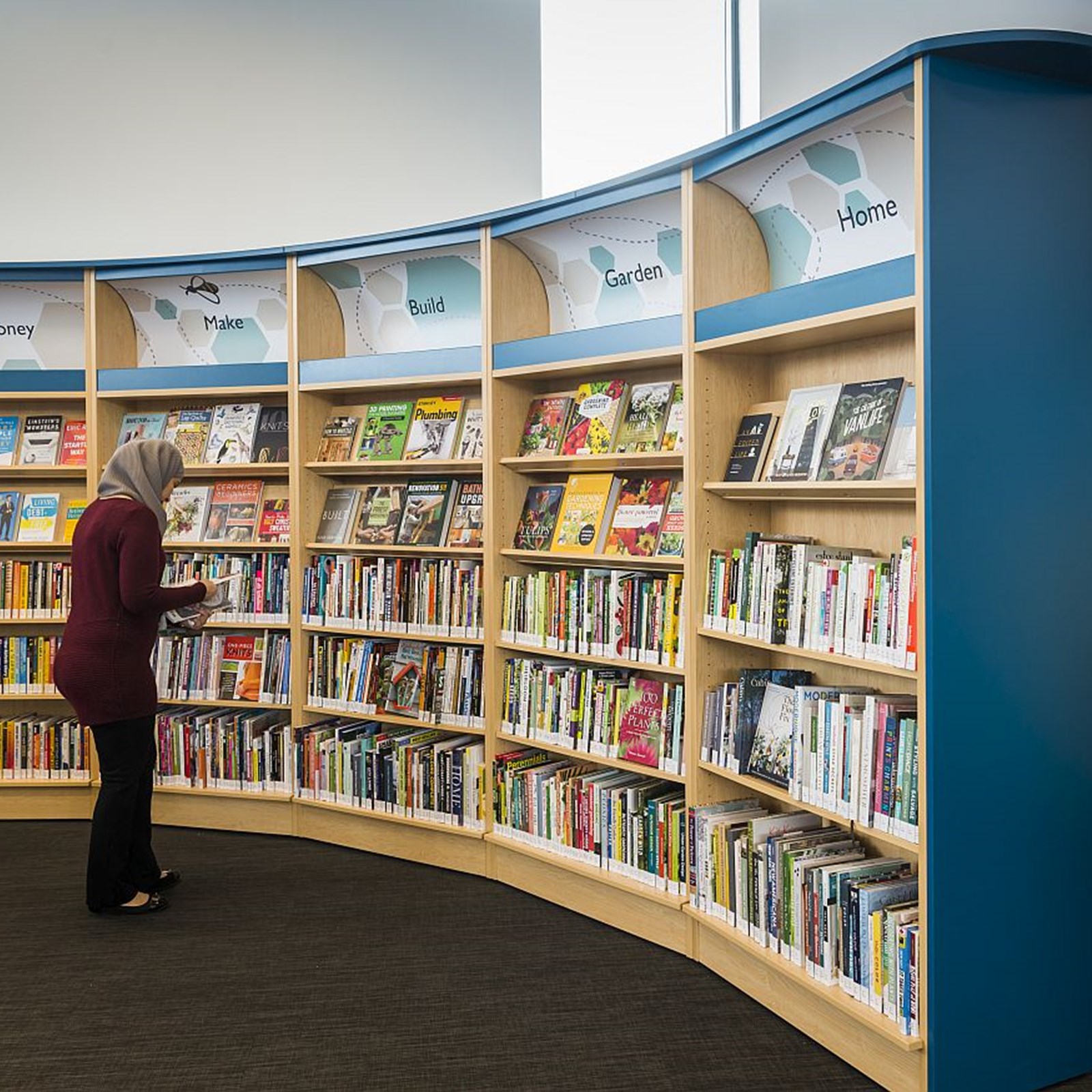 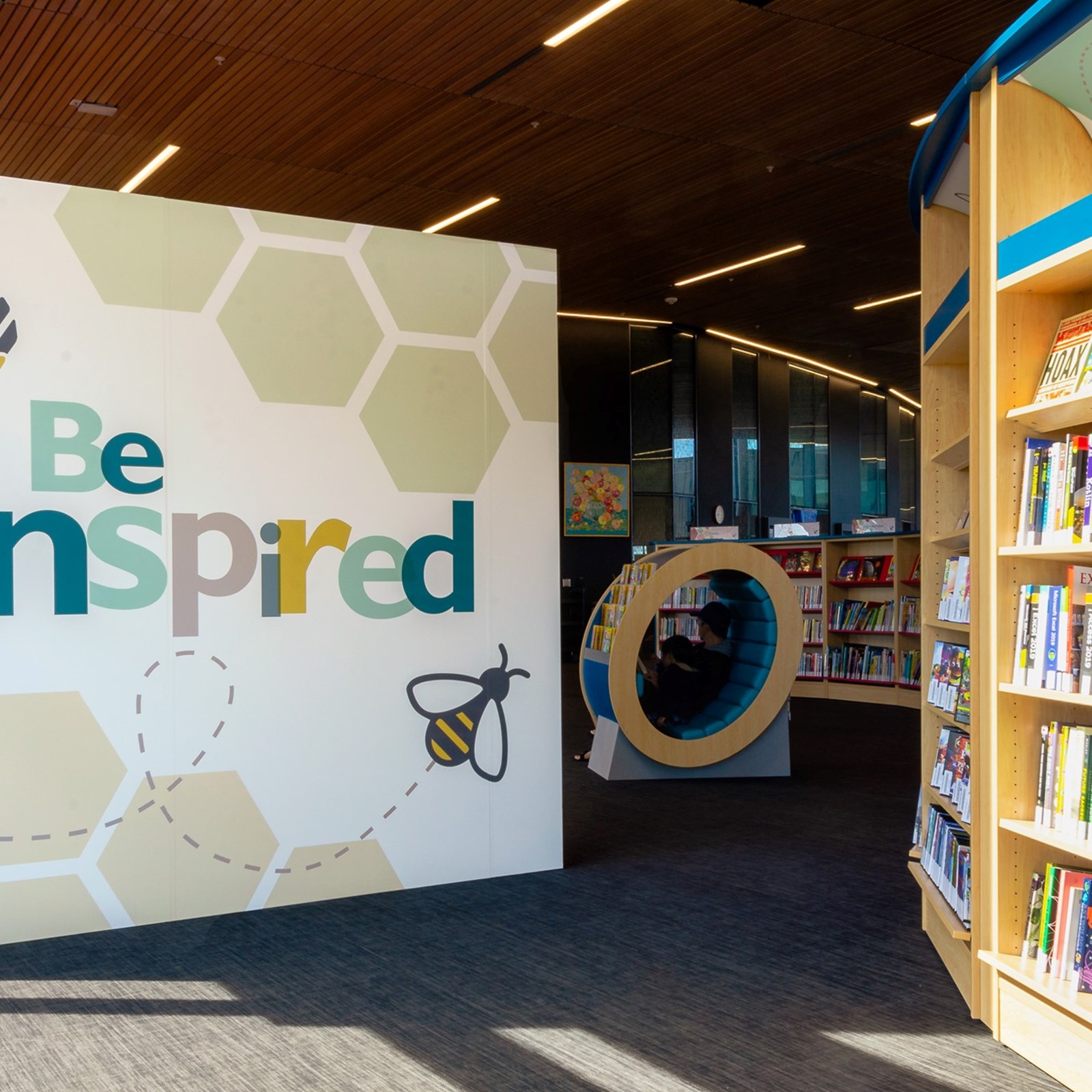 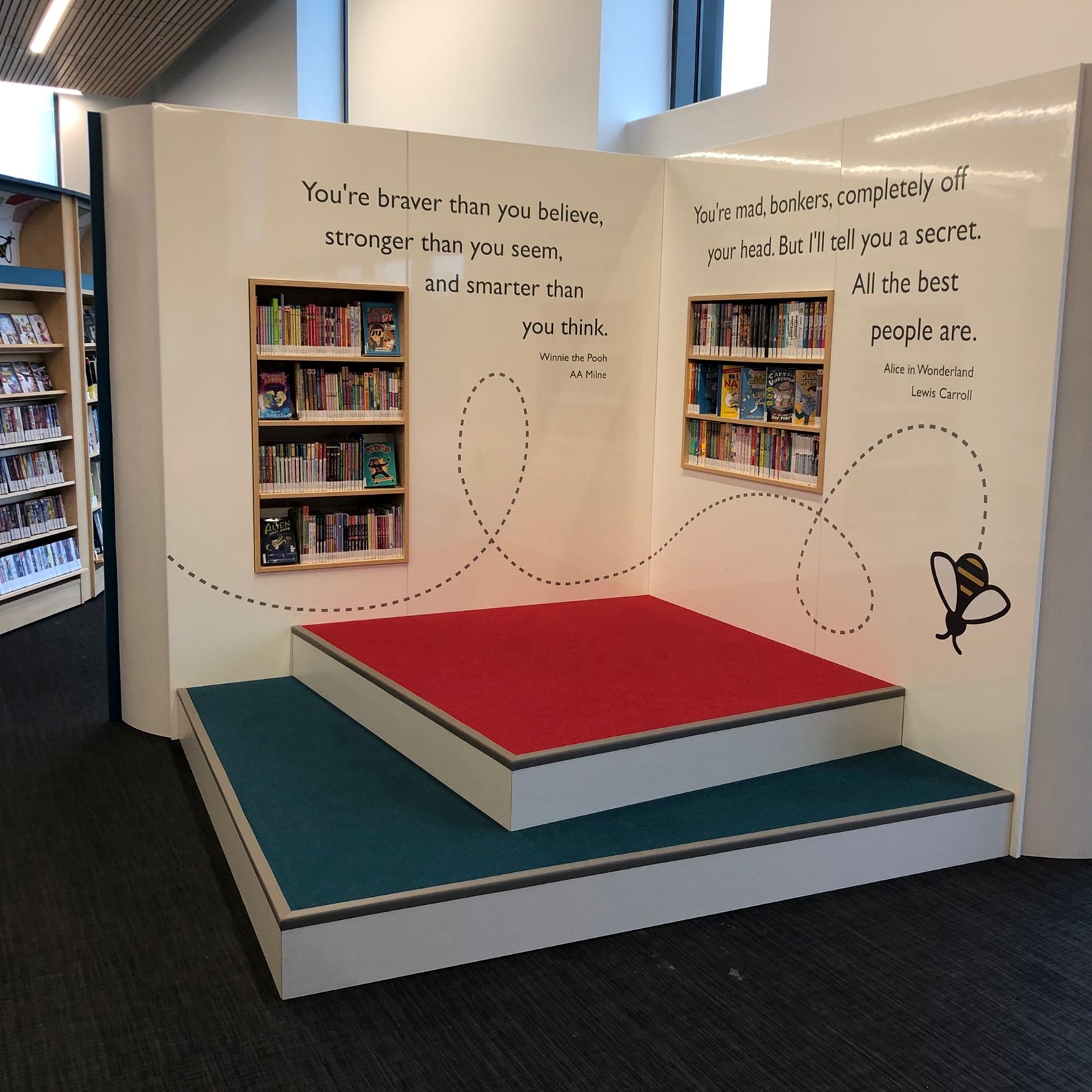 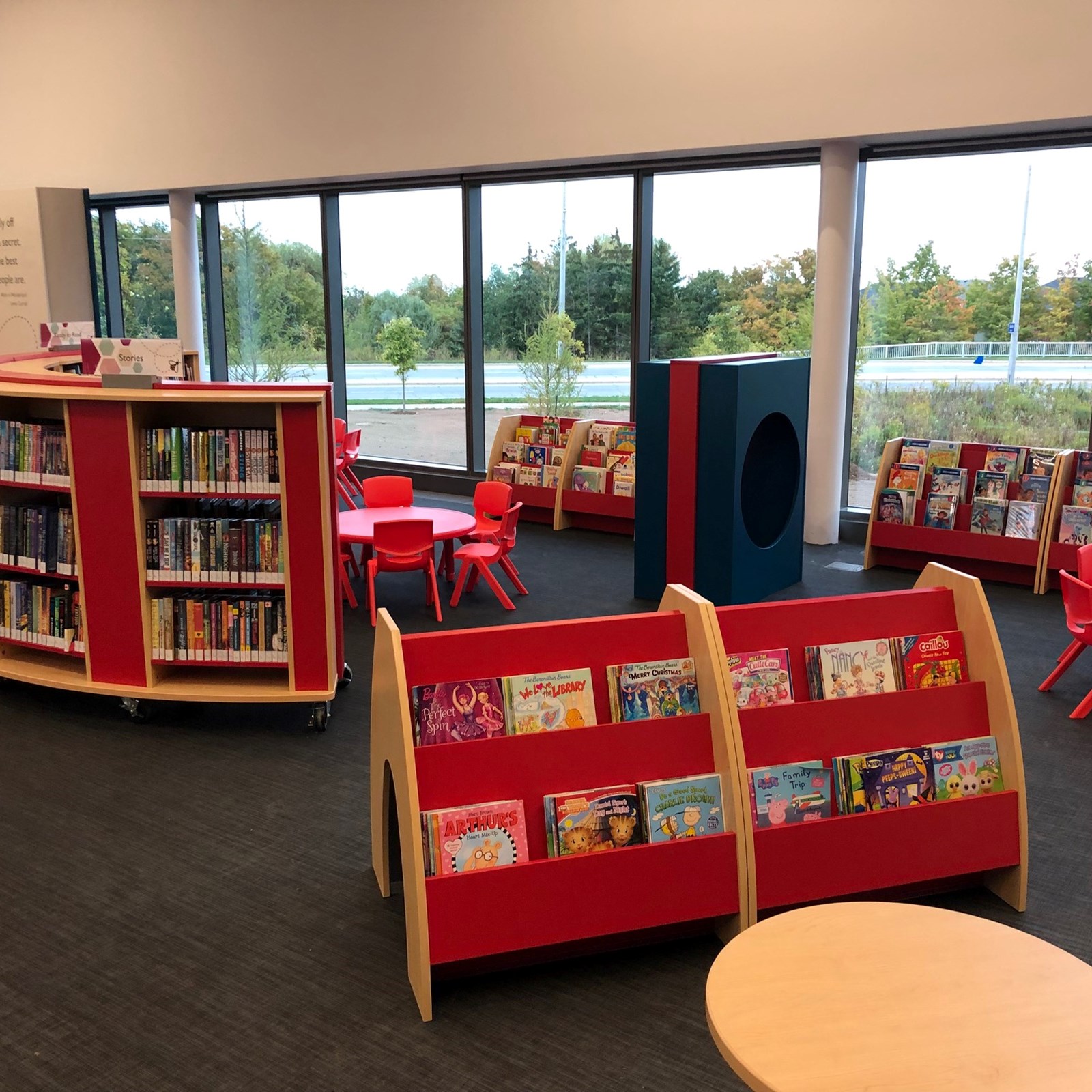 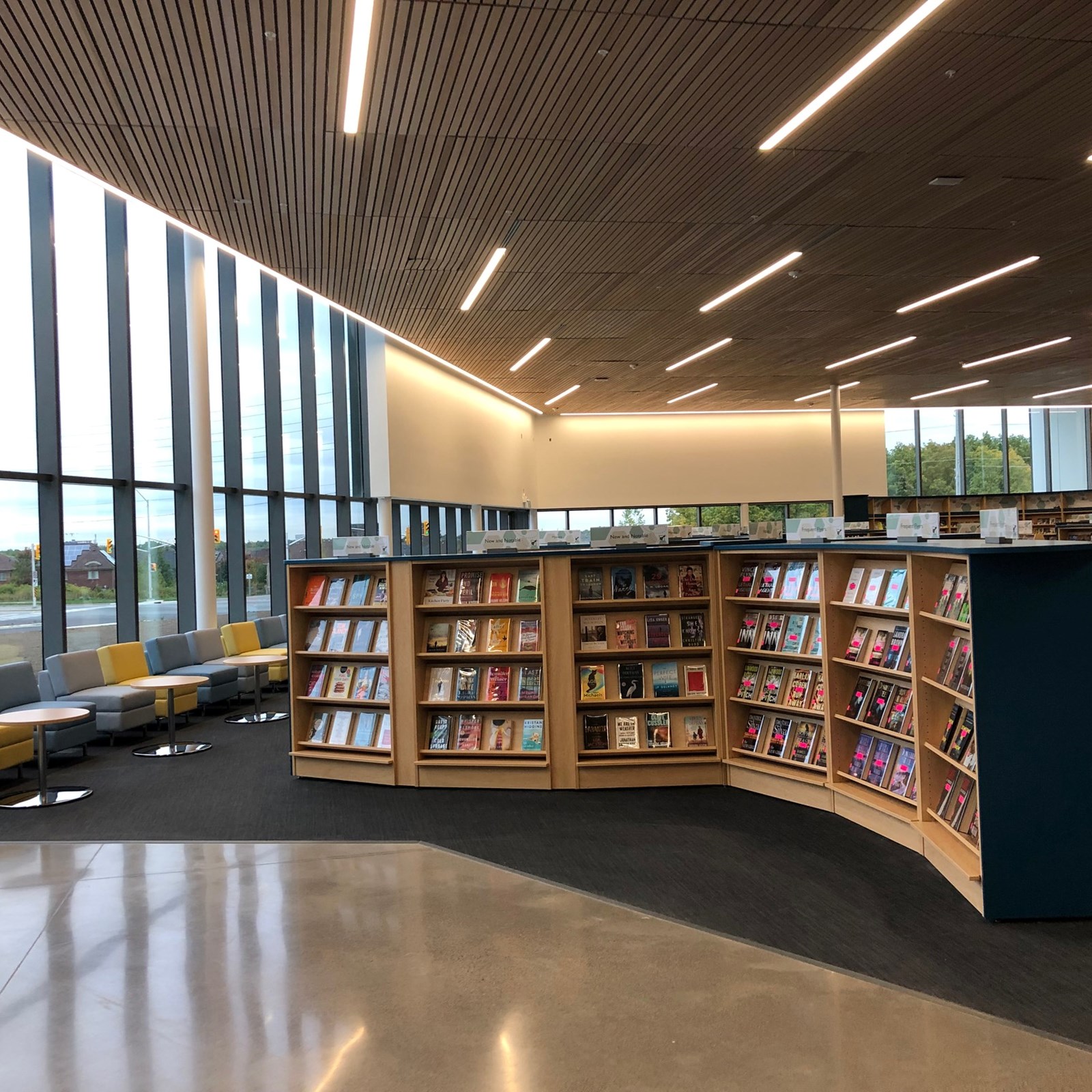 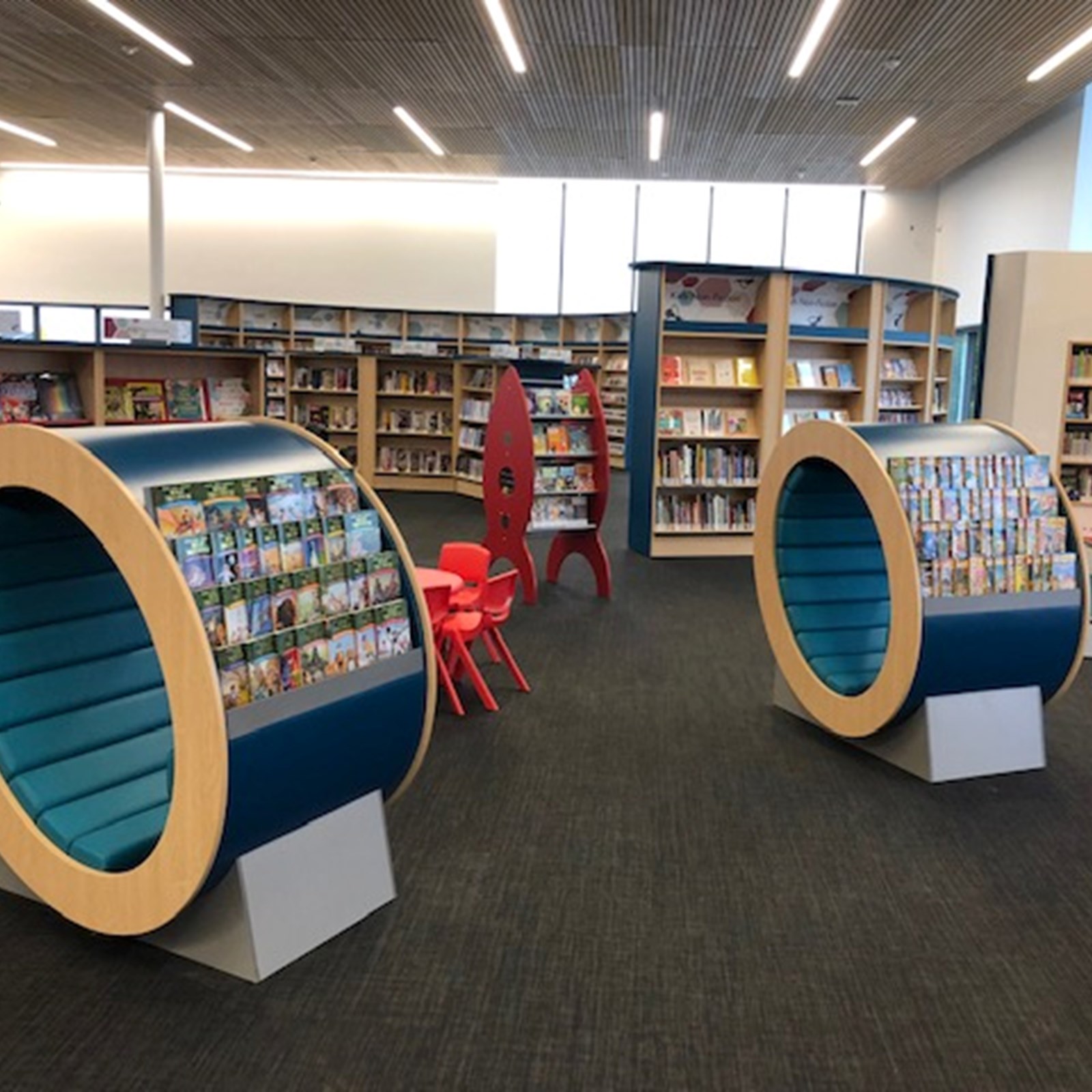 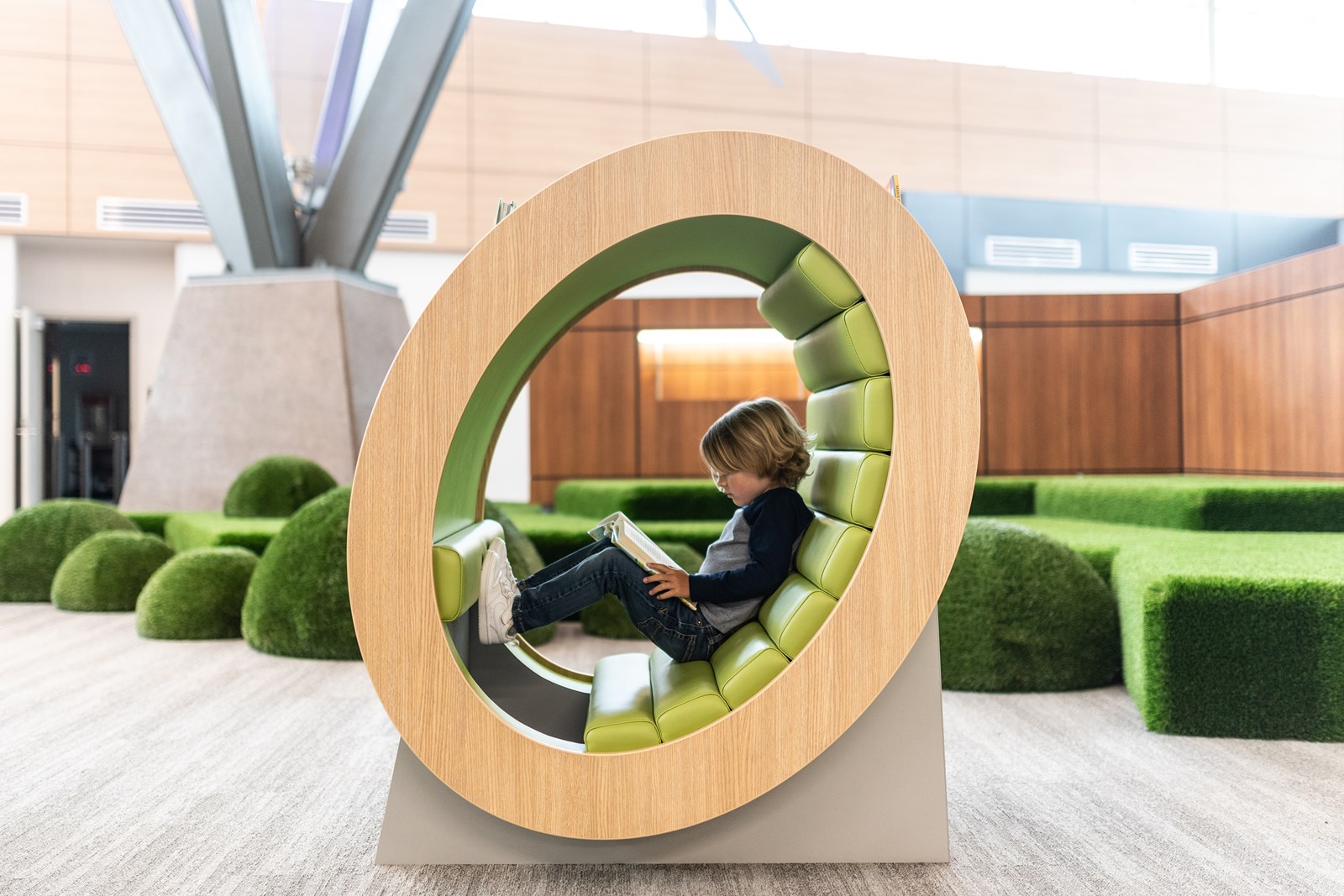 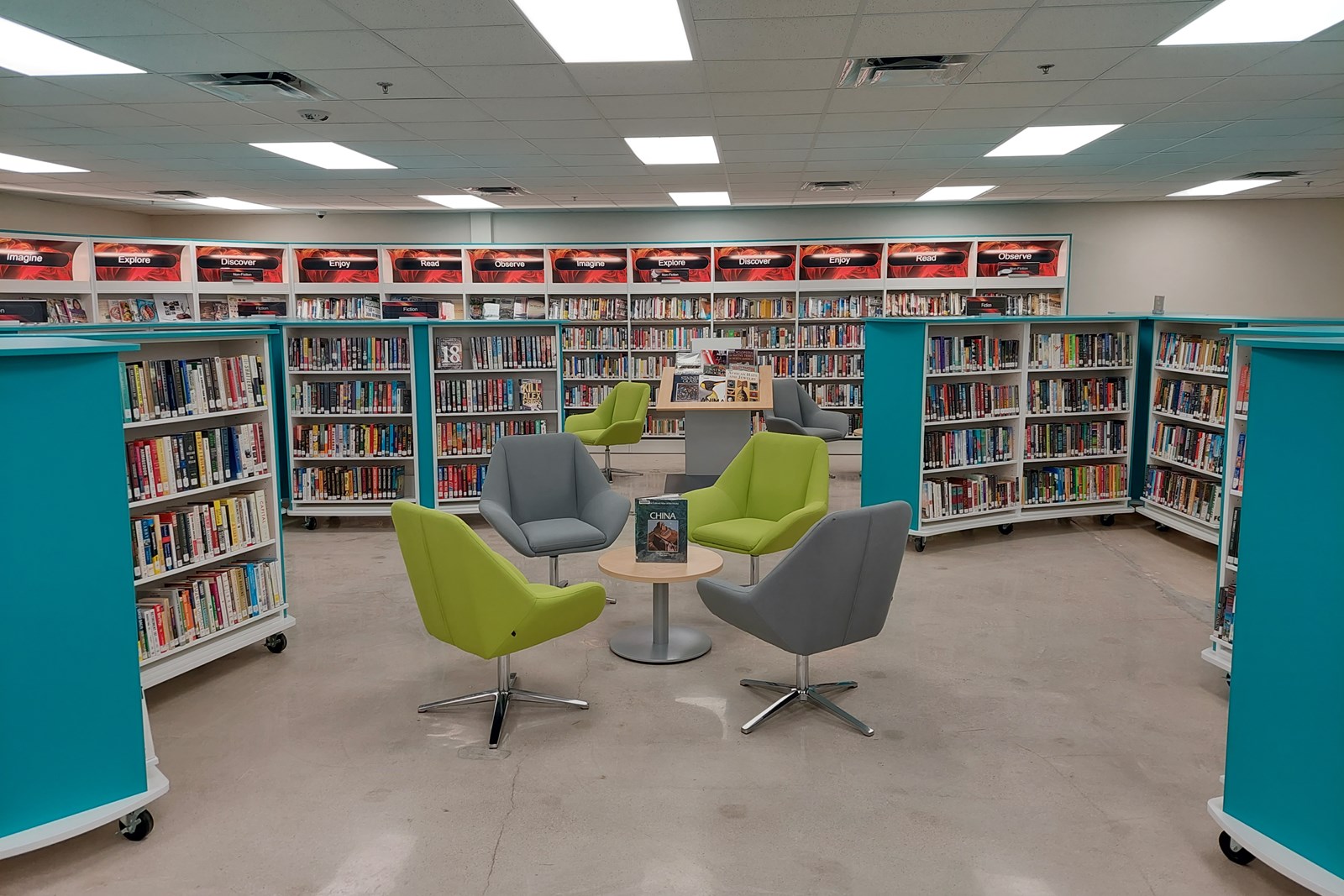 Learn how the interior of the Riviera Beach Public Library was reimagined to be a state-of-the-art, unique facility for their community to use and enjoy. 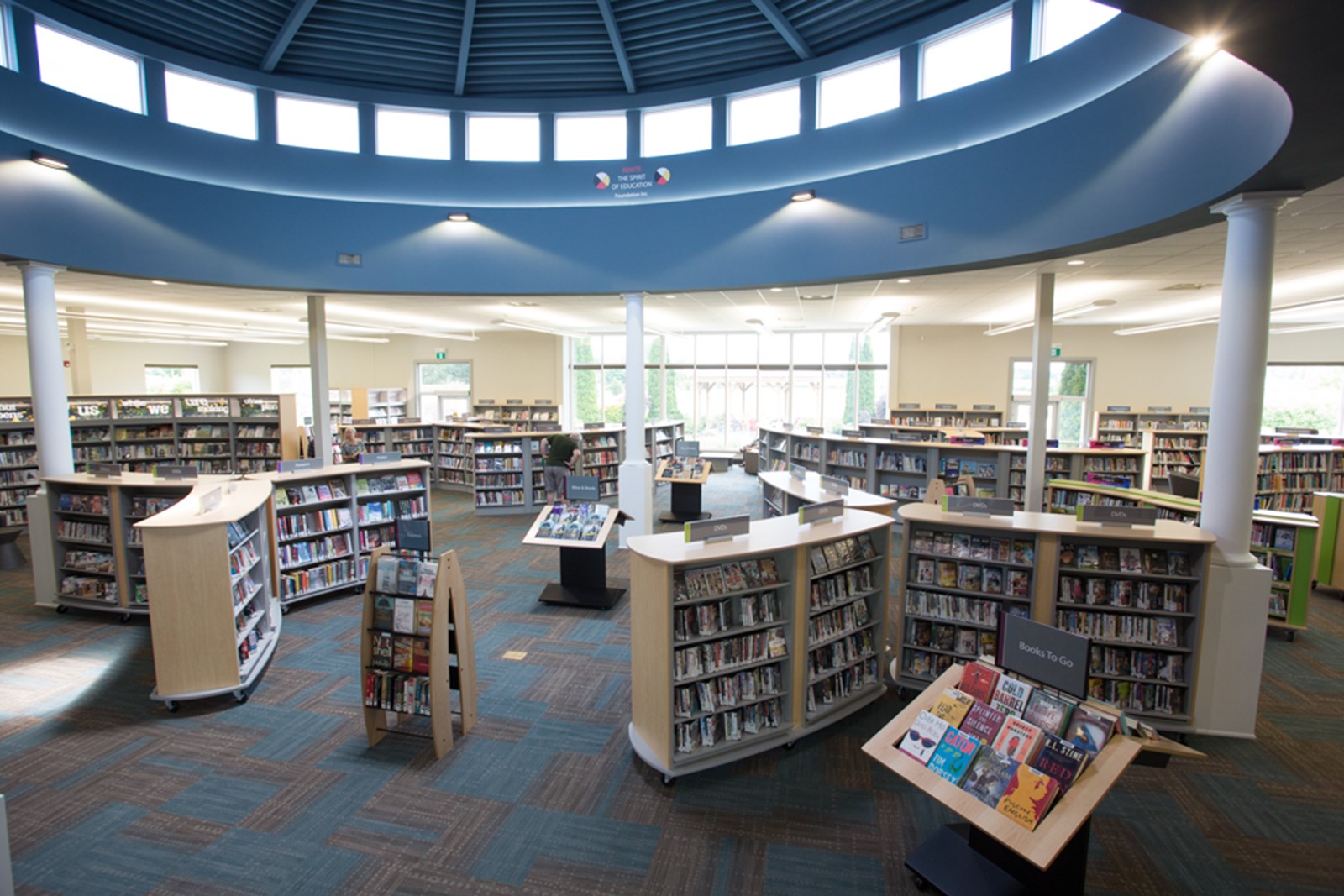 Learn how the interior design at Niagara-on-the-Lake Public Library seeks to balance the needs of different communities harmoniously in one library. 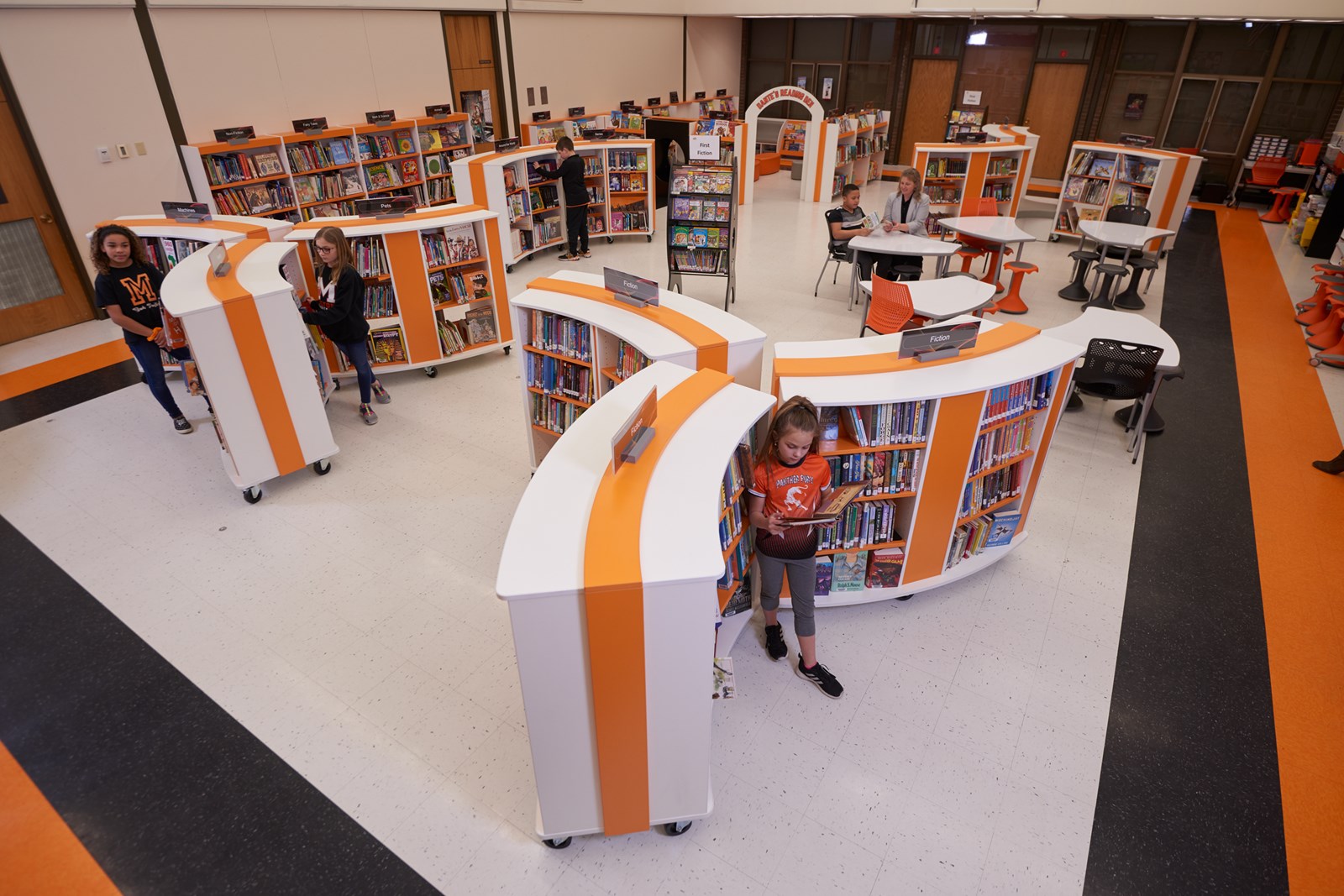 With no real guarantee of funding, the Library Media Specialist and students at a PA school started a 'Dream Big' project to plan for their updated library space. Read on to learn how they turned their dream into a reality, with help from Opening the Book North America. 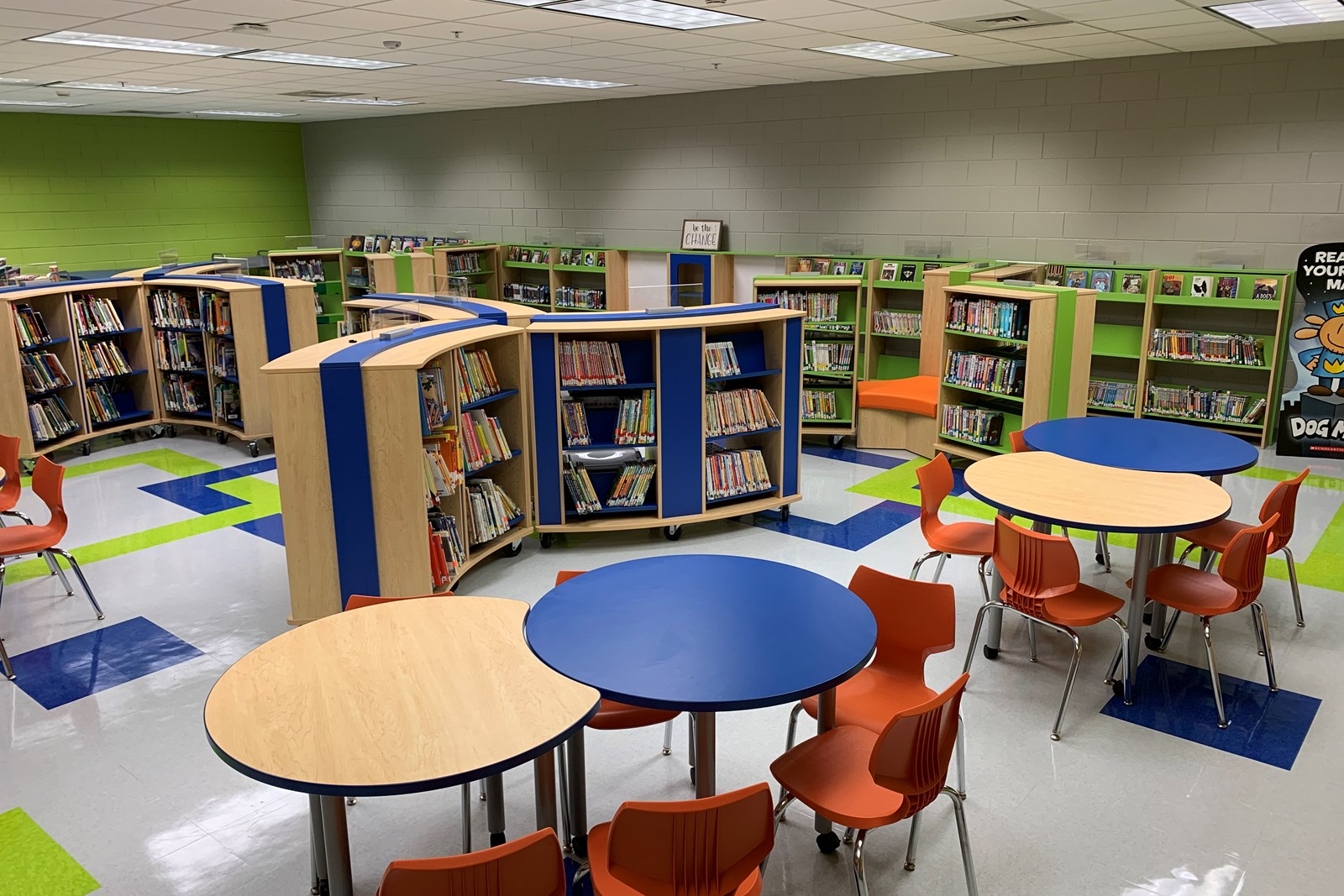 Read on to learn how Opening the Book designed a school library to be the flexible, functional space that they needed. 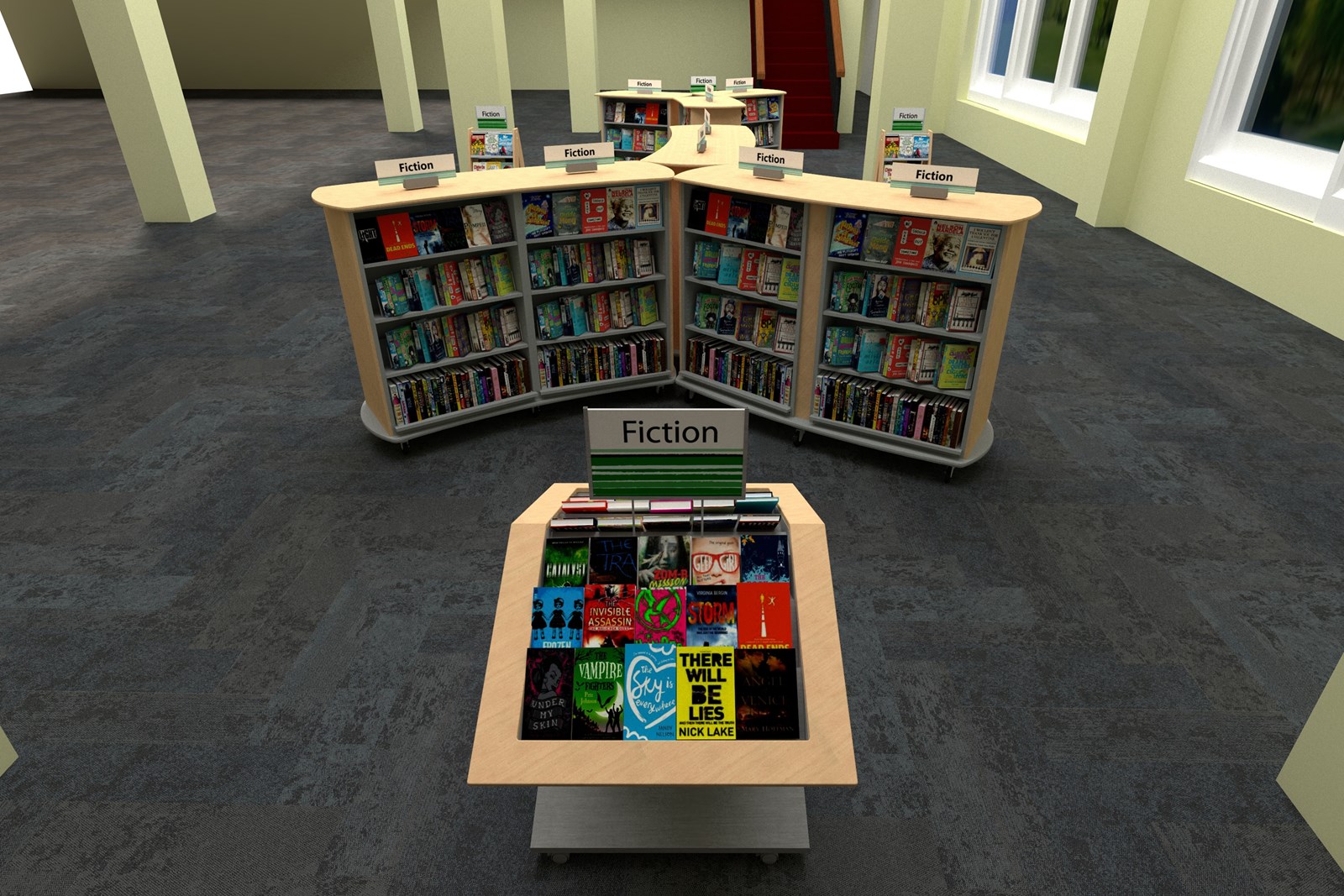 Learn how Opening the Book designed a library entryway to create an impactful first impression and showcase their new materials collection. 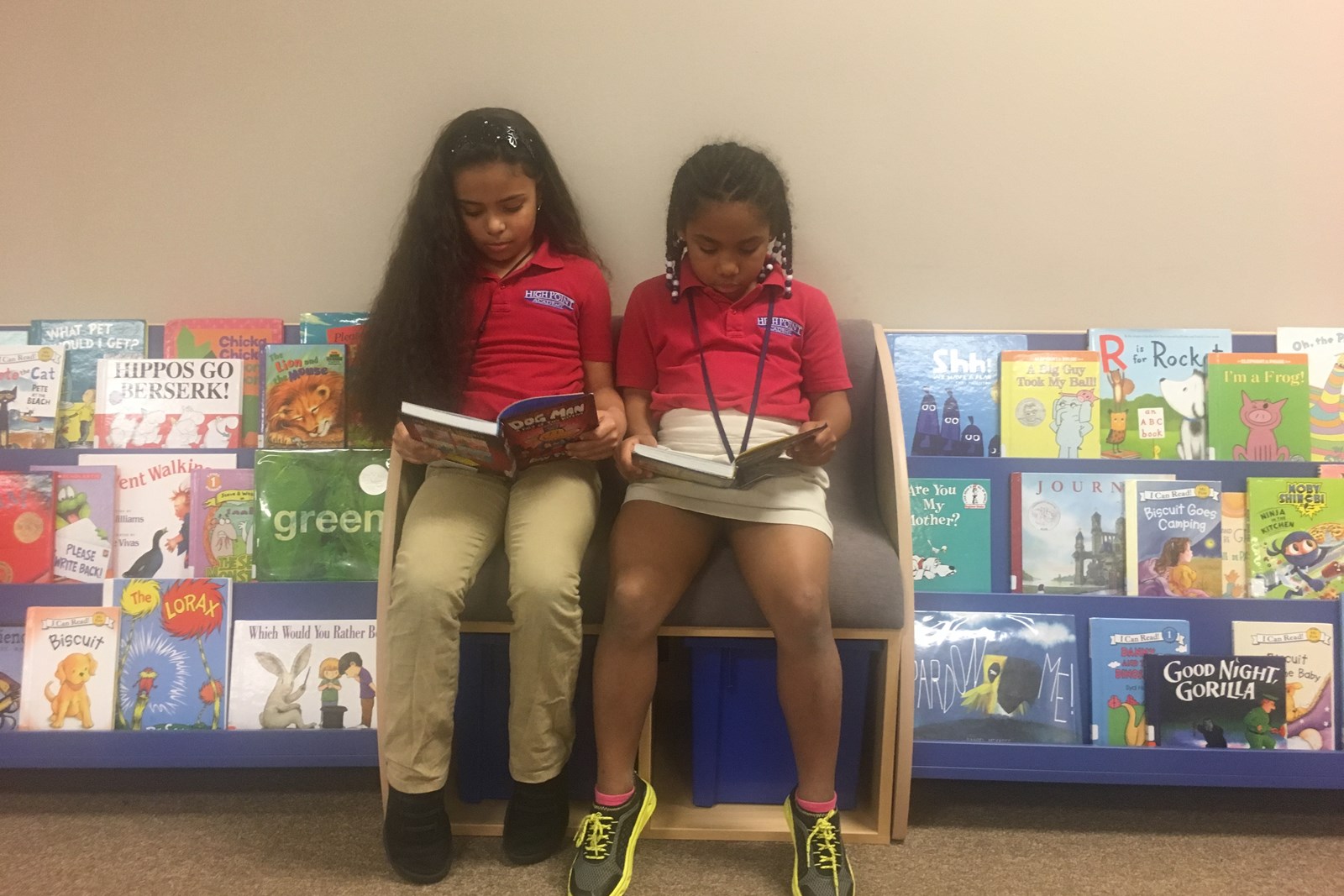 See how Opening the Book helped High Point Academy open up new reading choices to their students with a layout and school library furniture change. 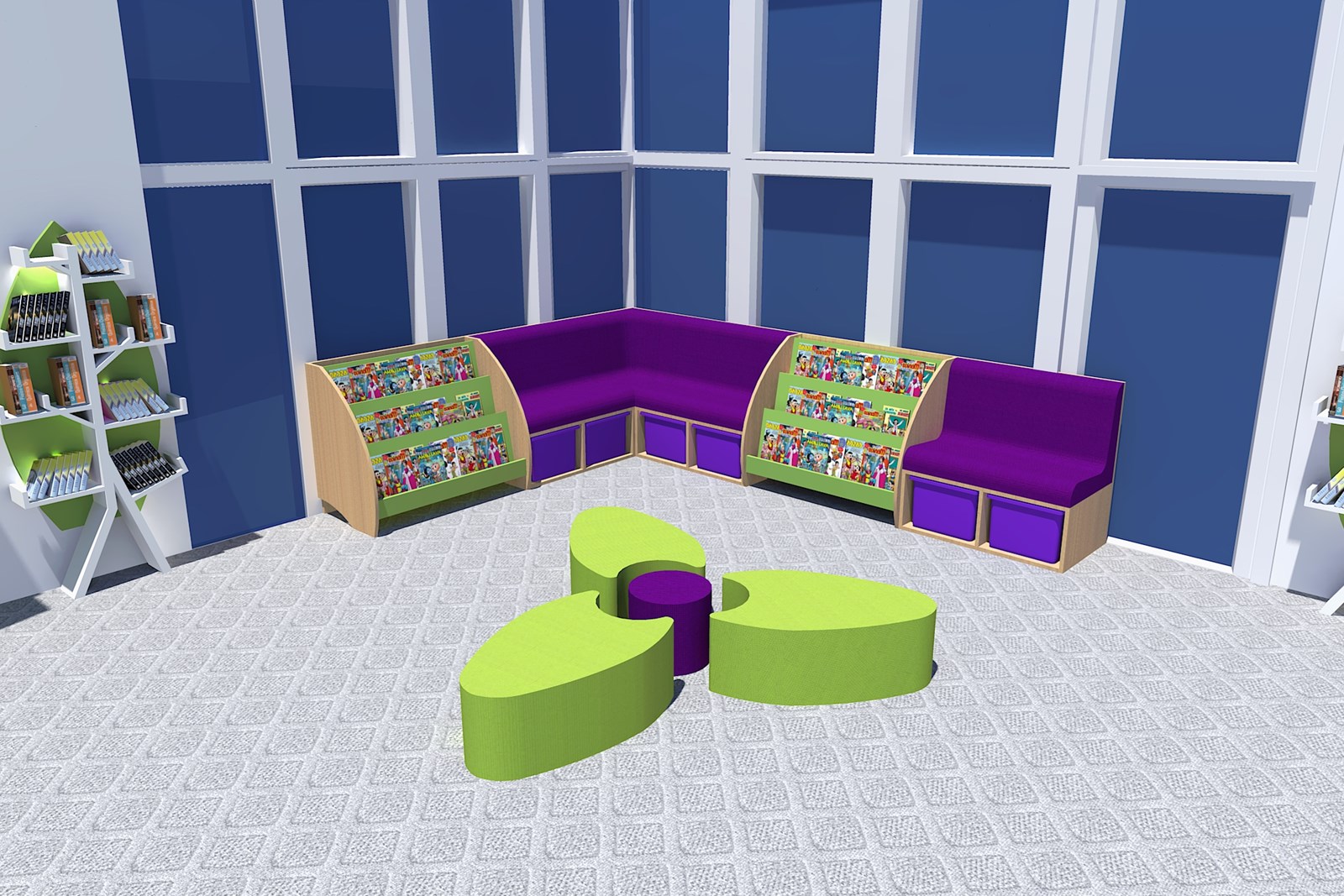 The Heart of a Texas School Campus

Balancing functionality and budget with jaw-dropping features – and all turned round in a week! 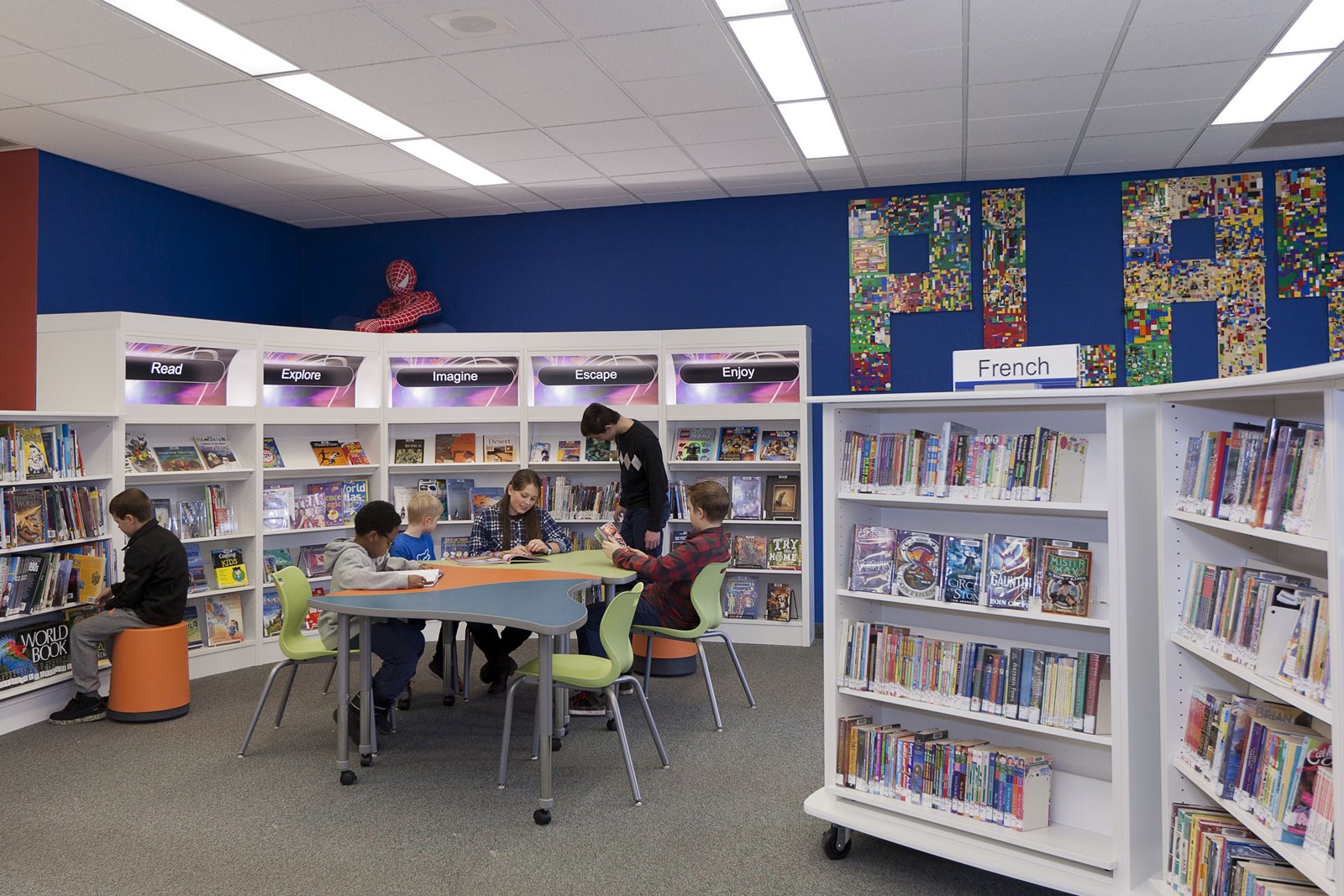 Breathing new life into a children’s library that had gotten a bit tired …. 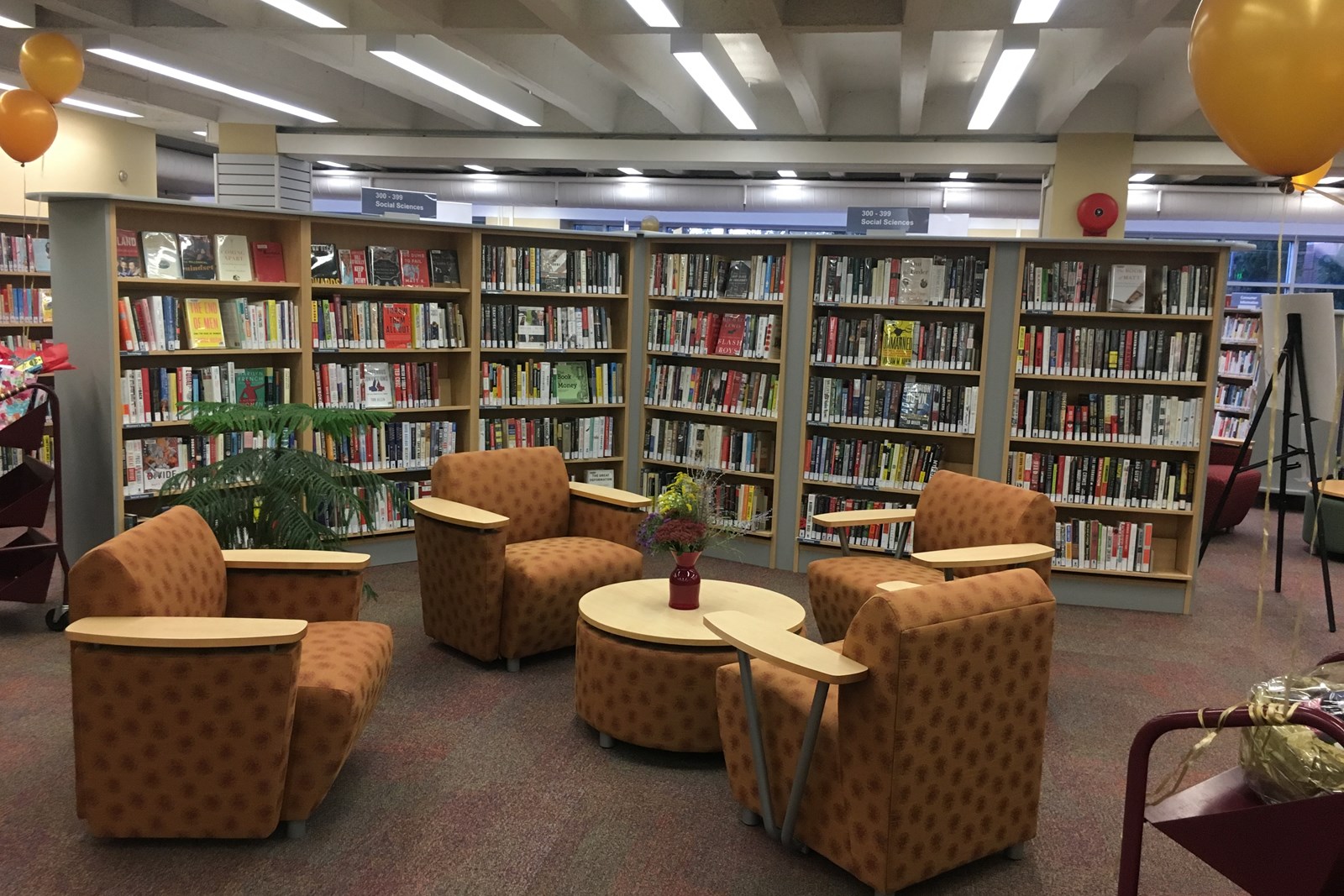 How Opening the Book supported one library’s move to replace Dewey with friendly neighborhoods of related subjects.